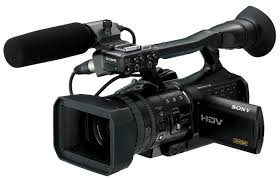 Days we Meet: Thursday and Friday

Course Description: Our group studied about film making. When we started to study our Advanced Enrichment we started to study in Internet by watching a video and how many kinds of the tricks that they used to do their videos. When we studied in the Internet already we all started to make one video that talked about the book. When we made the video we were not taking the video in video camera. Our way was we took a picture then we put it in the folder in our computer. Then we used one program in our computer to do our sponsor video book. That program is called Movie Maker. Then when we did it already we started a new things. The new thing is that we took a picture of our school then we made it into a video and that video we needed to make it perfect. Some ways that we can make us to have a good video is that our video needed to have three things: 1. good sound on the video 2. picture is clear 3. have a good information. Then our film making thought about a new ideas. Some people thought that they wanted to make a movie about the sticky hand can play the Minecraft in the computer. Some more people said they would like to do a movie about the stick man dancing and one more big ideas was they like to make a movie about the stick girl. We thought that this was very important things so we started to make a movie. The movie like stick men, sticky hand, it just took only a little bit of time but for the stick girl movie it took very long time to make a movie. The title of the movie that talked about the girl was Charlie Lima. This story was really hard to film because we have many scenes to film and one scene maybe took for two days to film because is hard and this story told about the stick girl wanting to be like a human. So it was a little bit related to the people so we needed to make the stick girl look real. That video took us nearly one month to make this movie and until now we not finished yet. Unfortunately the time went so fast so we don’t have enough time to finish our movie but we hope we will. Film making group were really excited because they can study how to make a video and acting and how it hard when we do the movie. Everyday of our study we were trying hard and working together as a team and everyone was happy. We all were really happy to study about film making because film making is the part of the things that is important for us. 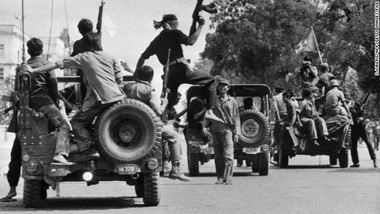 Days we Meet: Monday and Tuesday

Description: In Liger we learned about Khmer History. We like to learn Khmer History because it talks about Khmer Rouge. Khmer Rouge was the one story that we remember all the time and it very sad for Cambodian peopleto hear all those things. Before we started to learn about Khmer Rouge teacher divided us into two groups. One group had to write about what we know about Khmer Rouge and one more group had to write about what we wanted to know more about Khmer Rouge. When we wrote maybe 10-15 minutes we switched each other. Thing that we wanted to know was how many people were killed during Khmer Rouge and thing that we know is Khmer Rouge kill the people who have knowledge and the people that have a good life because they don’t want the good people to come against them. After one day we  picked a partner and did research about Khmer Rouge. Teacher said to us you need to pick lucky draw. It means he wrotethe questions on the paper and tell us to pick. My team picked “How was the process of education, health, economics, religion and international relations after victory of Khmer Rouge?” So when we had that question we needed to do research and write on the paper to make a post. When some words were hard for us to understand we asked friends or teacher. We wrote the hard words on the paper and explained to make other people understand too. At the end of the class we shared our research and what we learned in class. We did the research by website Wikipedia, and the information from teacher that he gave us a recording voice from radio. We did that until we finished and we can do presentation to our friends and teacher. We learned Khmer Rouge told the people to work for them and who not work for them they will kill the people. But when they kill the people they not said you come here I want to kill you, they said come on I take you go to learn. So when Khmer people thought that now I can learn now but when they go other people never saw the people that went to learn come back. Also Khmer Rouge killed teachers, doctors because they didn’t want the people to have knowledge. But some people that good and had knowledge are still alive now because they hid their identity so no one knew. The religion is that Khmer Rouge tell Cham people to eat pork. So Cham people hard to eat because it is wrong with their religion. The relationship of Khmer Rouge is they had with China, North Korea, Egypt, Albania, Cuba, Laos, Vietnam (until December 1977), Romania and Yugoslavia. China is the main backer of Khmer Rouge. Then we began to learn more about Khmer Rouge. When we were in class we learned about the process of Khmer Rouge beginning. The beginning of Khmer Rouge was called Communist Party Cambodia (CPK). They started at 1940. When Lon Nol had the relationship with America he told that country to put the bomb so when Khmer people saw their family die or lost the member so they very angry. When CPK saw that they told the people to join their party to against with Lon Nol for helping Sihanouk. CPK said that because the people like Sihanouk so they will join CPK to help Sihanouk. When CPK had a lots of people in their party they began to go against with Lon Nol and America by the Scholars that support from Vietnam and the Cambodian people too. Also the leader of CPK named Salat Sor. So when CPK won the people wanted to join and work for CPK. When 17, April,1975 the CPK are successful. So Sihanouk named them Khmer Rouge. After the Khmer Rouge won the people in Cambodia had no more food, no more clothes, no more family because Khmer Rouge evacuated their family to another place and made them​ separate. Khmer Rouge wanted to kill the people by accuse them like ex: people not pick the fruit from the tree but they accuse you pick the fruit and then they take that person to kill. One more thing is that they told the girl and the boy meet together and said you need to love this guy. So people needed to do what the Khmer Rouge said. three years, eight months, 20 days have three people help the Cambodian to have a freedom. Their names were Hun Sen, Heng Samrin, and Chea Sim. They supported by Vietnam. So after that Khmer have a better life and no more pressure and have a freedom. 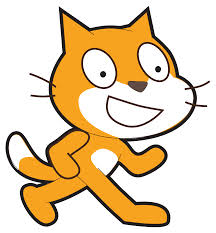 Days we Meet: Thursday and Friday 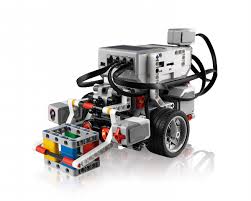 Course Description: In our Advanced Enrichment class we learned how to build a robot and programming. When we know how to build and program we did some challenges that teacher tell us to do so teacher can know the knowledge of us. We worked as a pair and one group have one computer for program. Robot we build it from a lego brick. We used touch sensor, light sensor, gyro sensor, and ultrasonic sensor to do the challenge. The challenge that teacher gave us to do have like to help a people from a dragon and follow the shape such as a square. When we do a challenge that teacher give us to do is our robot low battery so we need to charge and spend more time on it. Sometimes we need a teacher to help us on programming a robot because it’s a hard part to learn in robot class. When we did a challenge finish at the end of the class we have a sumo game for a robot. 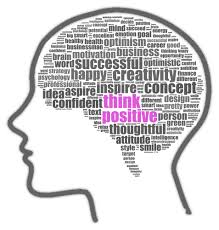 Course Description: In our Advanced Enrichment we learned about psychology. Psychology means how someone felt and how they changed their behavior and attitude. We learned about body language. Body language means how someone acted could tell other people by not speaking anything. We looked at the students and thought that students were introvert or extrovert people. Introvert means animals that don’t want to be loud they are just serene. Extrovert means animals that like to do fun things and be loud animals. Other things we learned were about optimism and pessimism. Optimism means thinking a good thing. Pessimism means thinking bad things like some people give up. We learned about positive and negative behavior. Example: when the mom played with the baby she was positive and the baby was happy, but when the mom was negative (it means the mom made the straight face) and then the baby was crying and trying to make the mom play with them. We learned about children’s behavior. When we gave chocolate to children and then we said if you eat chocolate it okay, but if children wait the teacher will give more chocolate. Some of the students ate the chocolate because they thought that the teacher was cheating them. Some of them waited because they wanted more chocolate to eat. We watched three videos. First video we watched was about two monkeys working together to open the box to get the foods to eat.​ Second video we watched was about human have two monkeys and they gave one monkey a grape and other monkey a cookie and how they behaved. Third video we watched was about two people played cards to cheat the monkey and how it behaved.

This are the video that we watch: